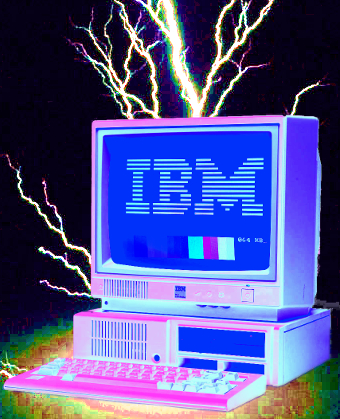 The Immigration and Border Protection Department is bringing in a talking computer to help it sift through data.

The Federal department has announced it will use IBM's cognitive computing platform, Watson, to boost its capabilities.

Analysts will rely on Watson to draw insights from unstructured data sources such as news feeds and government reports, but it is unclear just what they will be looking for.

Watson is an artificially intelligent computer system designed to answer questions posed in natural language by everyday people, rather than computer programmers.

It was originally designed to answer questions on the US quiz show Jeopardy, a goal it achieved by beating two former winners on the show in 2011.

In hardware terms, Watson consists of ninety IBM Power 750 servers, each of which uses a 3.5 GHz eight-core processor, with four threads per core. In total, the system has 2,880 processor cores and 16 terabytes of RAM.

The Watson system has found applications in everything from sorting financial and government files to advising online shoppers and generating new recipes.

The US Government has been one of IBM’s largest clients in recent years, with IBM's Christopher Padilla remarking in 2011; “The technology behind Watson represents a major advancement in computing....In the data-intensive environment of government, this type of technology can help organisations make better decisions and improve how government helps its citizens.”

Back in Australia, Acting Deputy Secretary Intelligence and Capability, Randall Brugeaud, said the Immigration and Border Protection portfolio is looking at how cognitive computing can complement its risk management capabilities.

“The internet, coupled with modern information and communication technologies has the potential to serve up huge amounts of useful data to our analysts; but this creates the risk of information overload,” Mr Brugeaud said.

“We are hoping that Watson will allow us to more effectively manage the information overload problem by detecting signals in the very noisy world of unstructured, open source data.

“Being able to rapidly expose connections between otherwise isolated threads will allow us to become more effective in our mission.”