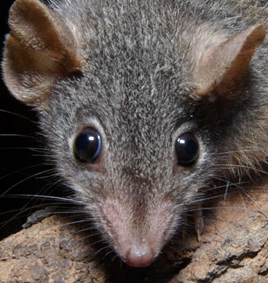 The environment and energy department says less than 40 per cent of Australia’s threatened species have recovery plans in place.

Documents are either unfinished or undeveloped for close to 10 per cent of listed threatened species that need plans to manage their protection.

At a recent a Senate estimates hearing, the department also confirmed it does not audit projects designed to protect threatened species.

“Of threatened species in general – no,” the department’s first assistant secretary Kylie Jonasson told the hearing.

“But in terms of any probing of program expenditure, we do have a range of arrangements in place to ensure that the appropriate expenditure occurs consistent with the contract arrangements that we’ve set up.”

The Coalition has often singled out threatened species as a key policy issue at past elections.

They want increased transparency and accountability of species management.

“Nobody seems to have ultimate responsibility for protecting them,” the Wilderness Society national director Lyndon Schneiders said.

“We have this almost zombie-like system where the laws say you have to look after critically endangered, endangered and vulnerable species – and we know the community support protecting our threatened species – but when it comes to implementation, it’s like a giant machine that generates no action.”

A recovery plan describes a species’ population and distribution, threats to its survival and outlines actions to avoid extinction.

Under the current specie protection system, the environment and energy minister can determine whether a threatened animal, plant or ecological community should have a recovery plan.

For species without a recovery plan, there is no obligation on Australian governments.

“Many recovery plans are just fantasy documents because they’re not implemented,” says Professor Lesley Hughes from the department of biological sciences at Macquarie University.

“Even if they’re good documents, unless there is a requirement on a jurisdiction to fund the actions, it’s just a piece of paper.”

The Australian Conservation Foundation says every recovery plan in Australia could be implemented for a cost of about $200 million.