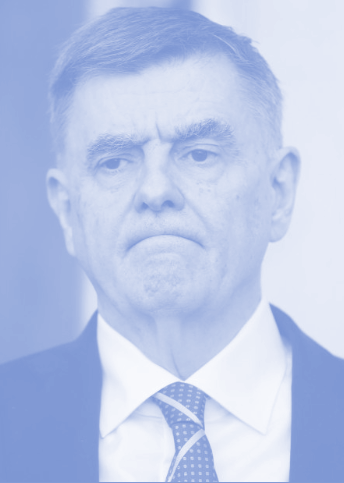 Professor Murphy addressed his final National Cabinet as CMO last Friday, and will soon become Secretary of the Health Department.

He would have started his new role on February 29, but the COVID-19 pandemic pushed back that move.

In an interview over the weekend, he described his thoughts on Saturday, February 1, when he realised the novel coronavirus was coming.

“I got the morning reports of the epidemiology and it was clear that the concerns that we'd had really for a week now that this virus had a lot of human-to-human transmission,” he told the ABC.

“On February 1 we realised it was spreading significantly outside Hubei Province and there was widespread transmission in other provinces of China.”

“I think we need to do what is not normal public health policy,” the CMO says he told the Minister.

“[The World Health Organisation] don't support it … we need to try and stop importation, so we need to close the borders with China.”

Instead, he began working on the measures that Australia would later use to ‘flatten the curve’.

“The hardest thing for governments was the introduction of severe physical distancing measures because of the huge impact that had on the economy and employment,” Professor Murphy said.

“Two days after those measures were introduced, driving past Centrelink and seeing huge queues was gut-wrenching for me and for all the governments.”

With eyes on the future, Dr Murphy says Australia is a long way from being open to the world.

“To fully open the international border without any quarantining or any restrictions probably will require a vaccine to be able to adequately protect vulnerable people in the community,” Professor Murphy said.

“Until that happens, we're going to have some sort of border measures … and if we don't get a successful vaccine in the relatively near future, then we have to re-evaluate.”

One of Dr Murphy’s deputies, Professor Paul Kelly, will take over his responsibilities.