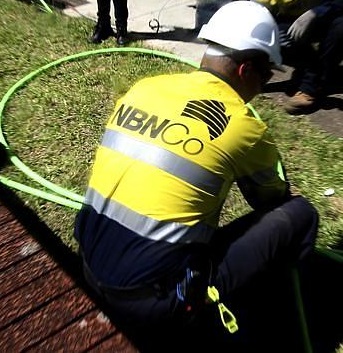 Hundreds of thousands of Australian homes risk missing the cut-off date to join the NBN.

Up to 350,000 homes and businesses risk losing their phone and internet access for not signing up to the NBN after it became available in their area.

The NBN rollout has reached 3.5 million premises nationwide, with a majority of the premises relying on fibre to the node and copper connections as part of the LNP’s Multi-Technology Mix model.

But of the millions of potential customers, only 44 per cent have made the switch.

They have just 18 months to migrate to the NBN, after which time traditional copper and cable services will be severed.

Once they are on the NBN, customers can still choose from a range of internet service providers, with NBN only providing the wholesale broadband service, not competing against retailers like Telstra, Optus and TPG.

Experts say only a quarter of Australian households know the consequences of not switching to the NBN before the cut-off.

“The NBN is still a foreign concept for many Australians because, relatively speaking, so few people have access,” says tech writer Alex Kidman.

“It's not surprising to see that many don't know their existing service will be cut off if they don't connect to the NBN once their home or business is declared NBN-ready.

“There's no two ways about it, if you're living or working in a premises that is declared NBN-ready then you have 18 months to subscribe to an NBN plan. “Otherwise your phone line and internet will be disconnected, which could be a disaster if you're running a business.”

Kidman says home and business owners should check the NBN status of their area before entering any new contracts with their providers, as they may overlap with the arrival of the new network.

“If you're signing up to a 24-month ADSL plan which relies on the copper phone lines, but the NBN is coming to your home in six months, then you're limiting your broadband options,” he says.

“Chances are your ISP will happily let you switch from ADSL to an NBN plan without breaking contract, but once you have access to the NBN you might get better value for money from another ISP.

“If the NBN isn't too far away then it might be worth opting for a month-to-month plan with your current broadband provider rather than signing up for a long-term deal which locks you in.”

The Australian Communications Consumer Action Network (ACCAN) has a list of tips for anyone wondering when and how they have to make the change.