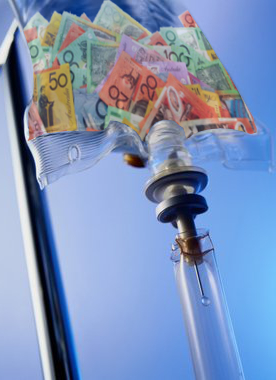 Labor has proposed superannuation tax changes that it says would bring more than $14 billion from over 10 years to the federal coffers.

The ALP has unveiled a two-pronged plan; removing the tax-free status for retirees on annual superannuation earnings above $75,000, and increase the bracket in which people pay 30 per cent tax on contributions.

“These changes are all about putting fairness back into the system,” he said.

“These changes are good for the future integrity of Australia's pensions and superannuation system.

“They are fair, and they're good for the budget.”

When it last held federal office, Labor brought in a new superannuation charge for those that earn more than $300,000 a year.

People in that bracket now have their contributions taxed at a rate of 30 per cent, compared to 15 per cent for everyone else.

But the new proposal would see the 30 per cent contribution tax rate expanded to apply to those earning over $250,000 a year.

The second part of the plan is to tax earnings over $75,000 from superannuation accounts at a rate of 15 per cent.

Currently, such earnings for retirees in the pension phase are tax-free.

Labor leader Bill Shorten and shadow treasurer Chris Bowen have been spruiking the plan to media outlets today, and will elaborate on it at the National Press Club.