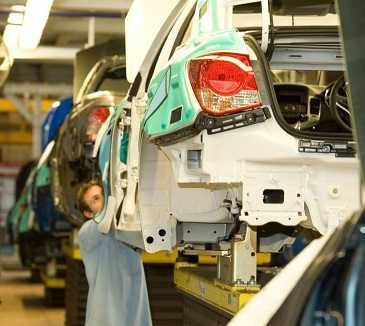 There may be little joy for Holden workers this Christmas, if the South Australian Premier’s predictions are correct.

Jay Weatherill says his state’s iconic employer will have to stop production by 2015 if federal assistance to save the ailing car-maker is not given out by the end of December.

Prime Minister Tony Abbott has said he will not see the car industry getting by on subsidies and stimuli, promising to cut car industry assistance by $500 million.

Warnings from SA Premier Jay Weatherill say unless the Federal Government pitch in to bail out Holden before Christmas, it could be a very rough holiday season for manufacturing workers across the country, especially at the Elizabeth plant in northern Adelaide.

Mr Weatherill says Holden’s current subsidy plan will allow work to continue until 2015, “directly it would mean that beyond 2016, like Ford, they would no longer be in Australia,” he said

“The workforce has made its contribution by agreeing to very substantial wage restraint, so really it is over to the Commonwealth Government to see what contribution they're prepared to make to secure the future of Holden.”

Independent Senator Nick Xenophon has spoken to Industry Minister Ian Macfarlane about the issue, and says he was encouraged by the approach of the new man in charge.

“He gets the importance of tackling this issue, he understands how important Holden is to South Australia and I'm really encouraged by the fact that the very first text he made when he was appointed Industry Minister was to Mike Devereaux, the CEO of Holden,” Xenophon said.

Mr Macfarlane blamed the previous government for dismantling a program he had set in place even earlier, saying “I gave the car industry $4.3 billion, that money is still there.”

“I will be on the side of the car industry. That's what I'm there for; I'm the Minister for Industry. I want to see industry happen.”