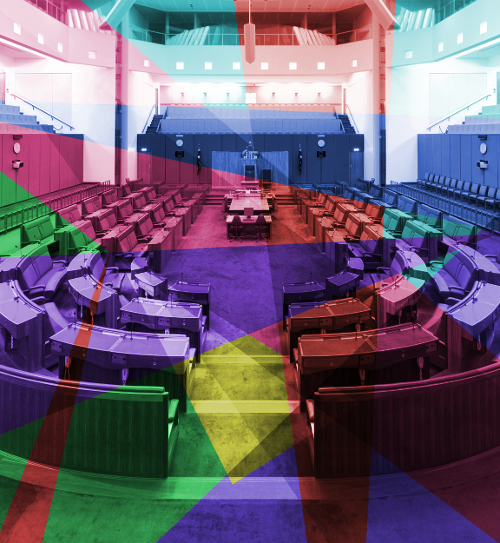 Voting strictly on party lines means people very rarely know the real opinions of politicians, but one researcher says he may be able to find out.

Flinders University’s Professor Thad Kousser has emarked on a project to use other indicators, including politicians’ tweets, to find out what politicians really think.

Professor Kousser is using the prism of environmental policy, one of the most divisive issues in politics internationally, to examine the extent of polarisation in party politics in Australia.

Political polarisation – the adoption of intransigent, diametrically opposed policy views – has become a hallmark of US party politics in recent decades.

“The major parties in the US are moving further and further apart,” Professor Kousser said.

“A generation ago, the environment was something where the parties weren’t divided – it was more likely to cause division within parties. It was Richard Nixon, the conservative Republican president, who signed all the landmark environmental legislation in US history.”

Professor Kousser says that while the Australian political system is much more permeable and accessible than that of the US, the Australian convention of voting along party lines makes the real opinions of our politicians harder to gauge, particularly on issues such as climate change.

“In the United States, you measure polarisation by looking at how people vote in Congress. Because everything’s a conscience vote, you can see all the various shades of blue (Democrat) and red (Republican),” he said.

“Once you come out of the party room in Australia, you vote on party lines. So rather than look at how people vote, which is constrained, I’m going to look at what people say.”

Thousands of tweets by politicians will also be analysed.

He has also begun a series of interviews with politicians, and has spoken to State and Federal parliamentarians in Tasmania, Victoria and South Australia.

“I’ll be trying to get a sense of where the parties are and where they’re moving,” he said.

Professor Kousser said the polls showed that voters do not divide neatly on party lines on environmental concerns, and that issues like fracking can leap political boundaries.