Strike could make waves for turn-backs 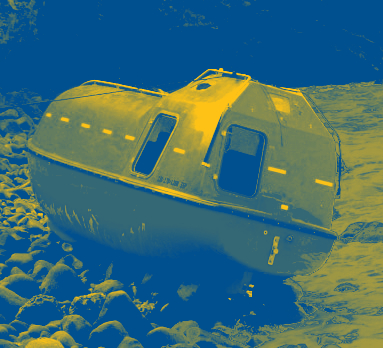 Public servants in the Immigration and Customs departments – some of which oversee the day-to-day running of “Operation Sovereign Borders” – are moving toward a strike over pay and conditions.

Fairfax Media reports say the Community and Public Sector Union (CPSU) is not saying much, but the “on-water operations” to turn back asylum seekers at sea, could be affected.

The union is seeking approval from the Fair Work Commission for strike action – including a 24-hour total walk-off – for staff in airports, ports, marine operations, mail centres and visa processing throughout Australia, offshore territories and coastal waters.

Immigration and Customs have become the 14th and 15th government agencies looking at industrial action over either low pay offers or trying or their bosses’ unwillingness to negotiate.

Operation Sovereign Borders relies heavily on the work of public servants on land and water in both the Immigration and Customs departments, which are soon to be merged.

Restlessness over stagnant pay talks is spreading among the 5,000 Customs officials and 8,500 Immigration public servants, many of which have seen no progress despite their previous enterprise agreements expiring almost a year ago.

Department bosses are allegedly looking to devise a single enterprise agreement for the two departments, which will be merged in July.

There has been no official pay offer yet, but the union is already concerned at proposals it says strips rights and entitlements, while forcing staff to work longer.

“In keeping with our industrial action to date, our application explicitly states that workers will continue to perform any work related to safety of life at sea,” she told The Canberra Times.

“Customs and Immigration staff stand to lose a lot more than they gain under the government's aggressive approach to bargaining.

“Customs and Immigration staff undertake valuable work protecting our borders and helping trade and the movement of people across our borders, often in dangerous and dirty conditions.

“If this government really values their work, as it so often claims, then why has it launched a vicious attack on their rights and conditions?”