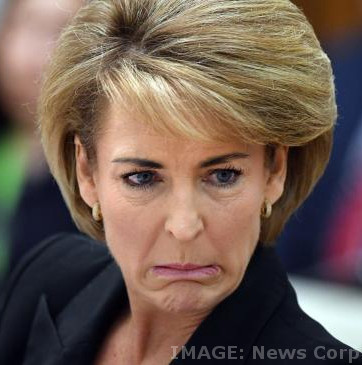 The CPSU has called for the resignation of Senator Michaelia Cash over her threats against women working in junior staff positions at Parliament House.

Senator Cash was being pressed in a Senate estimates hearing this week over her knowledge of claims that the Federal Government tipped-off the media ahead of the Australian Federal Police (AFP) raids on the Australian Workers' Union (AWU) last year.

Senator Cash was being asked about her new chief-of-staff when she appeared the threaten the reputations of staff in Opposition leader Bill Shorten’s office.

“If you want to start discussing staff matters be very, very careful because I'm happy to sit here and name every young woman in Mr Shorten's office over which rumours in this place abound,” Senator Cash said at the Senate hearing.

“If you want to go down that path today, I will do it.”

Senator Cash said the line of questioning was a “dangerous path to go down”.

“Do you want to start naming them?” she said.

“For Mr Shorten to come out and deny any of the rumours that have been circulating in this building now for many, many years.”

“We had the Prime Minister a week ago giving us a fairly moralising speech, saying we need to make this a better workplace for women,” Senator Wong said.

“And the minister representing the Minister for Women comes in here making what can only be described as outrageous slurs about the character of female staff working for the Leader of the Opposition.

“It can't be allowed to stand. I think it's disgraceful and sexist, impugning the character of various staff. I would ask the minister to withdraw.”

Senator Cash said: “If anyone has been offended by my remarks, I withdraw”.

CPSU National Secretary Nadine Flood has added to the criticism, saying: “This is absolutely disgraceful behaviour … Senator Cash should resign from her ministerial roles, and if she doesn’t then the Prime Minister should remove her.”

“We’ve been speaking to CPSU members who work at Parliament and they absolutely feel under attack from Michaelia Cash. This situation is above political allegiances. These slurs are an insult to the young women she threatened to drag through the mud this morning, and indeed an insult to all people working in Parliament.

“For this to come from a former Minister for Women is shocking … for the good of all working women, including those working in our Parliament, she must resign.”