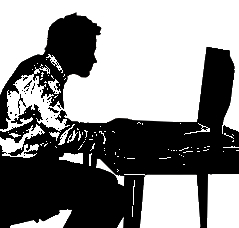 ATO staff look like they will be made to share desks, after their union lost an FWC appeal.

“We believed that we had a case that deserved to win,” he told Fairfax reporters.

The union took the Australian Taxation Office (ATO) to the FWC after it announced trials of hot-desking in the Docklands and Gosford offices.

But Mr Lapidos it is not the end of the fight against the workplace practice.

“We've asked our barrister to see if there are any grounds to appeal the decision to the Federal Court,” he said.

“We've got an obligation to our members in the tax office to continue to examine the question.”

Hot-desking requires staff to find a new desk each day.

The union had attempted to argue that the ATO could only force those who do fieldwork to use hot desks.

“People don't like hot-desking, there's a lot of opposition to it amongst the staff,” Mr Lapidos said.

The FWC’s decision said ASU could appeal “on the basis that it is in the public interest to clarify the objective approach which must be taken to the interpretation of enterprise agreements”.

The CPSU was involved in the original case brought to the Fair Work Commission, but only the ASU was still there for the appeal.