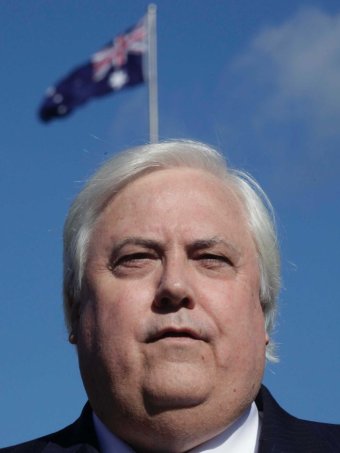 A former Palmer United Party candidate has the party for alleged attempts to gain political leverage for the party leader’s mining interests.

Many question the motives and potential conflicts in the political career of Palmer United Party leader Clive Palmer, but former candidate for Victoria’s Chisholm electorate, Brian Woods, is the most recent to lay his cards on the table.

Mr Woods resigned from the party several weeks ago, claiming “rampant” campaign disorganisation and Palmer’s “dictatorship” was hampering its chances of success.

In an interview for the Labtrobe Valley Express, Mr Woods said Mr Palmer had wanted him to run for the seat of Gippsland, despite living in Melbourne.

“Headquarters were keen to run me from the city to stand in the Latrobe Valley, saying it’s their most sought after seat. I declined not only over the distance, but also [due to] my alarm bells of mining interests,” Mr Woods said.

“Mr Palmer's interest in the Valley is all about gaining potential leverage to do what he wants in Australia's mining regions, he is just making up anything he says.”

Mr Palmer has recently told reporters that he intends to run a PUP candidate in every upper house seat.

The mining-magnate-turned-politician has also proposed turning the Valley into a national mineral processing hub to ease unemployment.