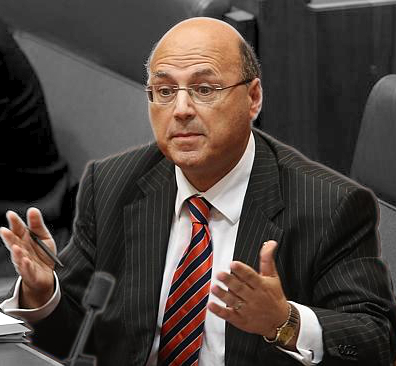 Federal Government frontbencher Arthur Sinodinos is standing by his decision not to front a Senate committee.

Labor called on Senator Sinodinos to appear before its committee investigating political donations.

The Opposition set up the committee on the last sitting day of Parliament to look at the fundraising activities of the New South Wales branch of the Liberal Party.

Senator Sinodinos was the treasurer of the NSW LNP during a time that has become a cause of concern for the NSW Electoral Commission.

The electoral commission will not release $4.4 million in public funding until the party discloses the details of some significant and possibly suspect donors.

But in a letter obtained by media outlets this week, Senator Sinodinos said he would not appear.

“Given that the calling of a federal election is imminent, the public might be forgiven for concluding that this inquiry is nothing but a political stunt, not a bona fide attempt to inquire into an important questions of public policy,” he told the chair of the committee.

“It would therefore be inappropriate for me, or any minister, to appear.

“While it is true that the Senate has occasionally directed the attendance of witnesses at hearings of senate committee, the witnesses in question have been departmental and other officials, not ministers.”

The former chief of staff to former prime minister John Howard said he did not have the time.

“No attempt was made to contact my office to determine my availability before the committee scheduled the hearing on those dates,” Senator Sinodinos wrote.

“I am not available on either of those dates [Thursday and Friday] — a fact with which my office could have acquainted the committee had I been afforded the courtesy of an inquiry before the dates were set.”

“He doesn't even know what the inquiry is about... [it has] nothing to do with a company.

The issues that the committee will look at include claims that the New South Wales Liberal Party uses a group called the Free Enterprise Foundation to cover for political donors.

The committee will also look at a second issue relating to Senator Sinodinos’s role as a director of Australian Water Holdings.

The company is the subject of a NSW Independent Commission Against Corruption (ICAC) inquiry, but Labor says it should be approached from the federal level too.